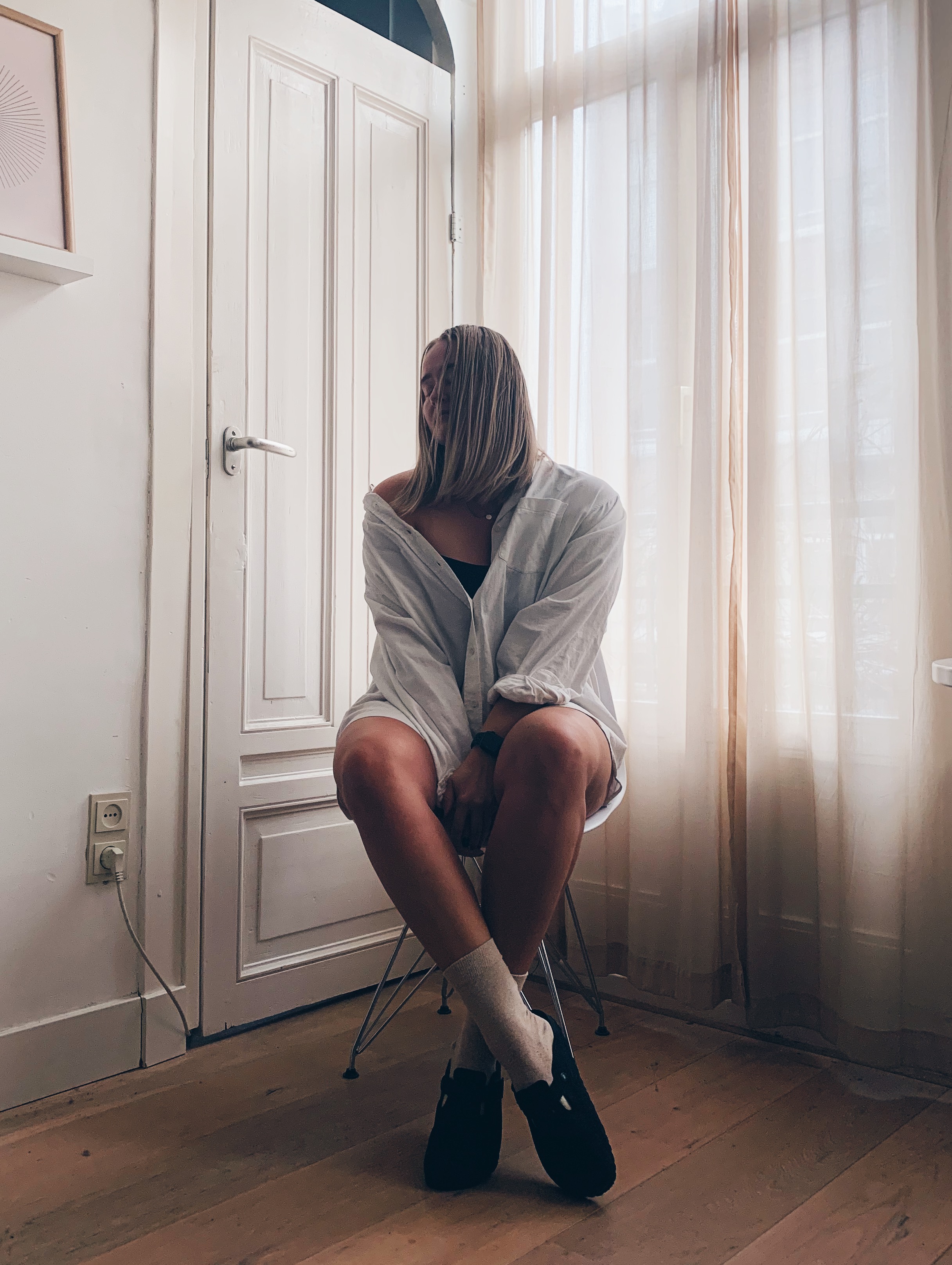 How it all started with the end

Suddenly I found it all incredibly senseless: a wardrobe filled with clothes (who am I kidding: I literally filled 3(!) rooms with clothes, shoes and accessories and still needed a chest of drawers in the bedroom ‘for my workout gear’). I vividly remember ever single time we had visitors over. They would stand inside my walk in closet and gush about how it was such a dream. Reality is, they weren’t too far off: I’d prefer to call it a nightmare though. A meaningless nightmare.

Daunting as well as amazing.

Let me take a step back first. I thoroughly enjoyed the years in the lead up to the situation. Even though instead of having a walk in closet it started to look more and more like I was living in one, in a way they were glorious. I started blogging at a very young age. At that time writing about your life and showing your personal style in your own little digital corner of the (online) world was either something unknown or slightly frowned upon. Instagram wasn’t a thing either and engagement rates were high. At my peak I had 160k (!) monthly visitors. Daunting as well as amazing.

It was also around that time that I started receiving my first invitations to Fashion Weeks, both in the Netherlands and abroad. Shows, after parties and traveling were all part of the game. And boy did I enjoy playing it.

But in retrospect, it didn’t take incredibly long for me to realise that that world started to show its downsides. Until then, I had always seen it as theirs (meaning: the cool kids’s), certainly not mine. But it did become mine and more often than not it showed me its cracks. For me, someone who has always been suspicious of happiness, the cracks turned into big gaping holes staring at me from under my very own feet. All it took for me was to lose balance, stumble and fall. There, I said it. I fell for it.

That seat at the table I never even wanted

It’s an easy lifestyle to get used to. The daily flow of parcels alternated with frequent trips abroad. Brands’s words of praise intermittent with growing business proposals. A seat at the table (be it on a rickety chair), was how it felt then. A seat at a table I never even wanted, is what I realise now.

Do you know that feeling that occurs when you’re doing something that you really shouldn’t? For no reason it can creep up on you and the only way to get rid of it, is to just stop doing that deed altogether. This can vary from day-drinking while you told yourself you really didn’t want to do that anymore, to buying a new car while you’re already in debt. Just to name a few. I’m sure you’ve felt it before as well, and it’s completely normal.

For me, personally, this feeling started to creep up on me every single day, when I greeted the mailman as he rang the doorbell with his ever friendly smile and a pile of packages. Usually, all for me. Often, items that would end up barely worn. The pile became the visual representation of how out of control things had gotten, and of how I just let that happen. And still I struggled to find the courage to change.

Fortunately, that changed. I never got rid of my desires, I just made sure I got more appropriate ones. This allowed me to put a halt to the meaningless nightmare. I no longer desire what I thought I desired. And most importantly, I don’t want to let getting dressed in the morning feel like a moral dilemma. So I got rid of many items I no longer thought served a purpose, allowed myself time to learn and un-learn certain habits, and regained focus. Yet, I’m still learning.

One thought on “How it all started with the end”