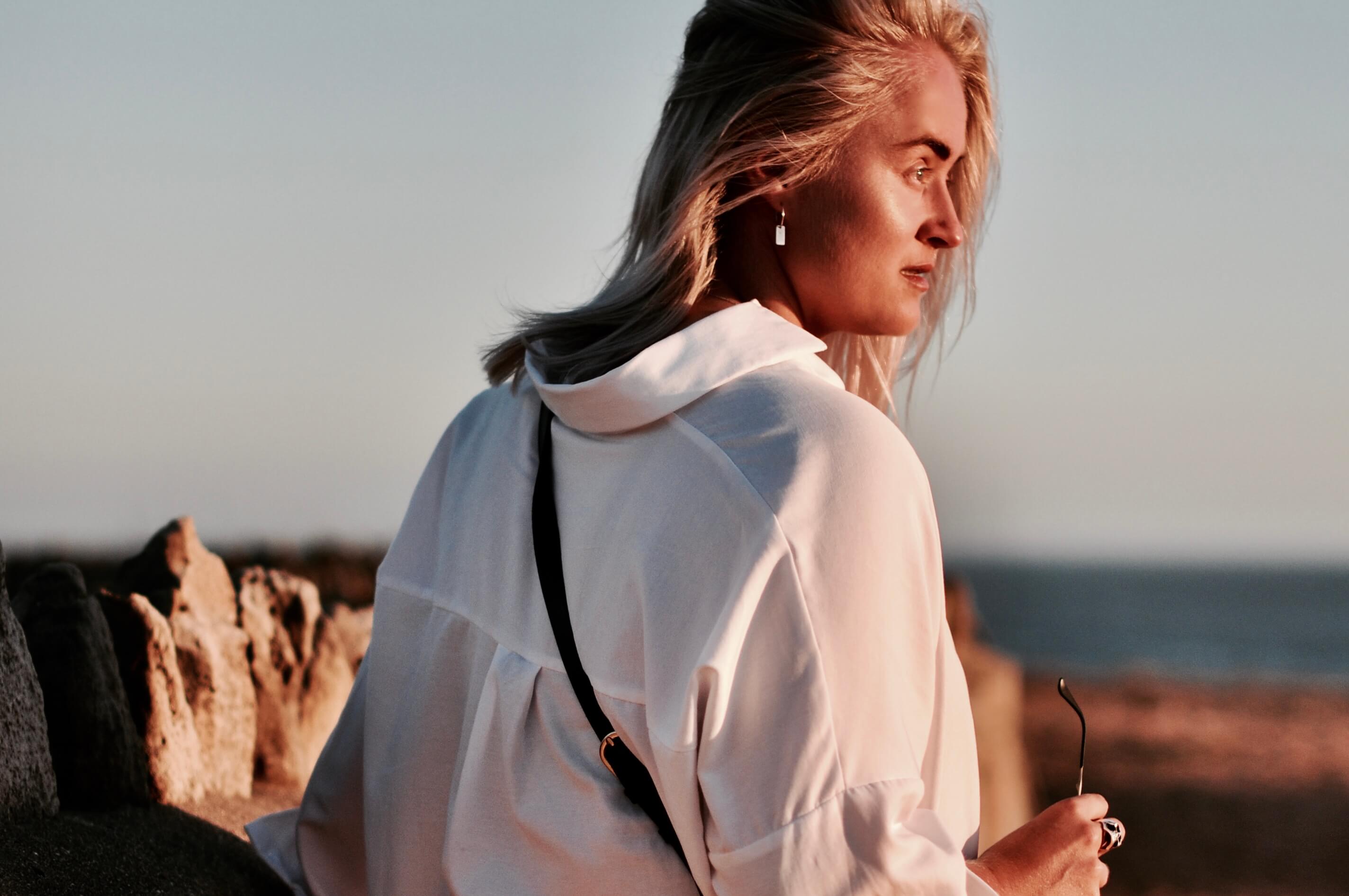 IT’S BEEN A WHILE

Yes, it’s been a while since I posted on the blog. I’ve been active on social media but to be completely honest with you: I’m trying to figure out what I want to do with SFFTE. What direction I want to take with my blog, […] 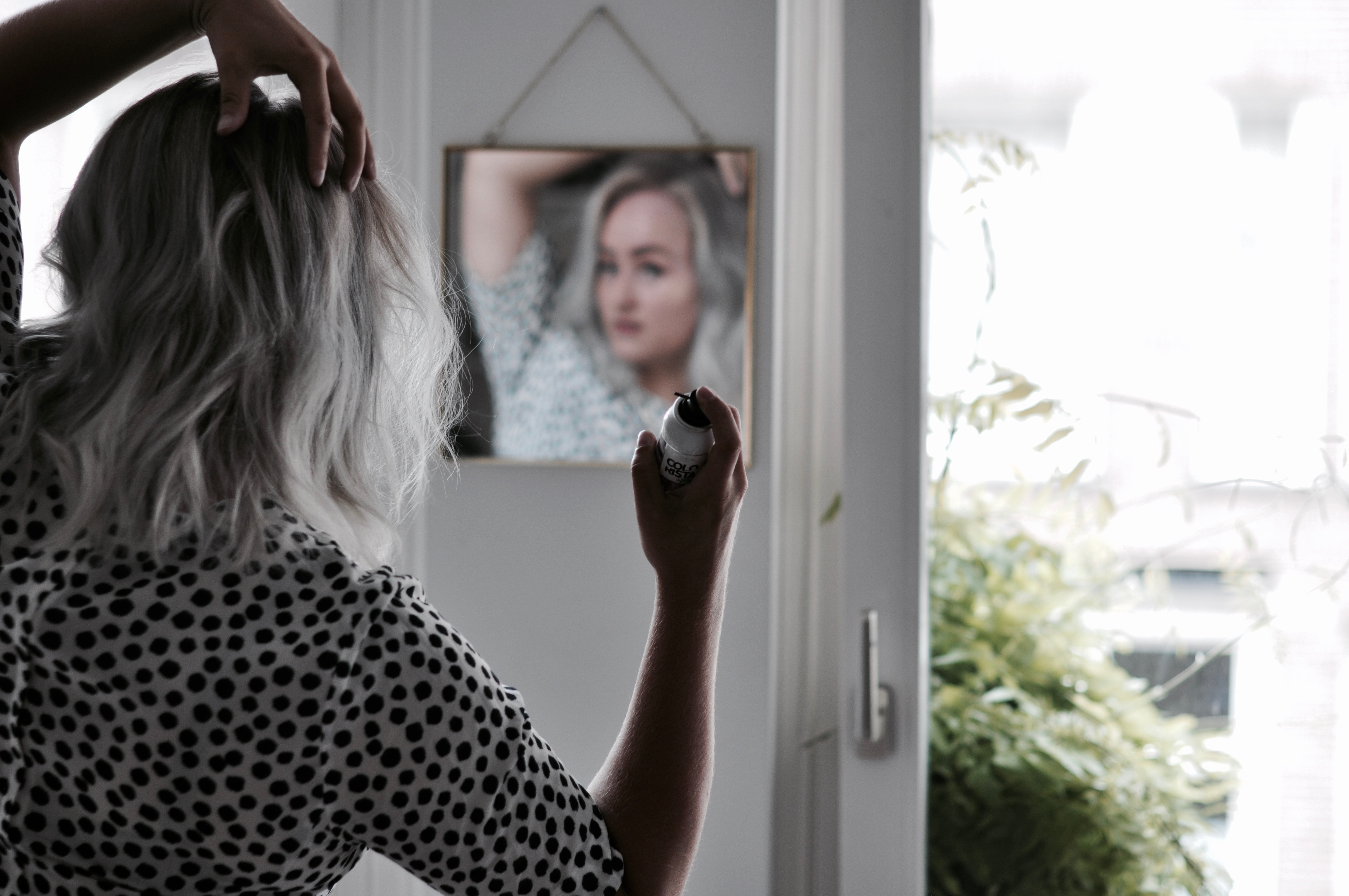 After kicking off festival season with L’Oreal Paris Colorista a few weeks ago in quite a pink manner (find proof here) this weekend Lennart and I got ready for the next one. Up on the menu: By the Creek festival, a smaller festival near Utrecht […] 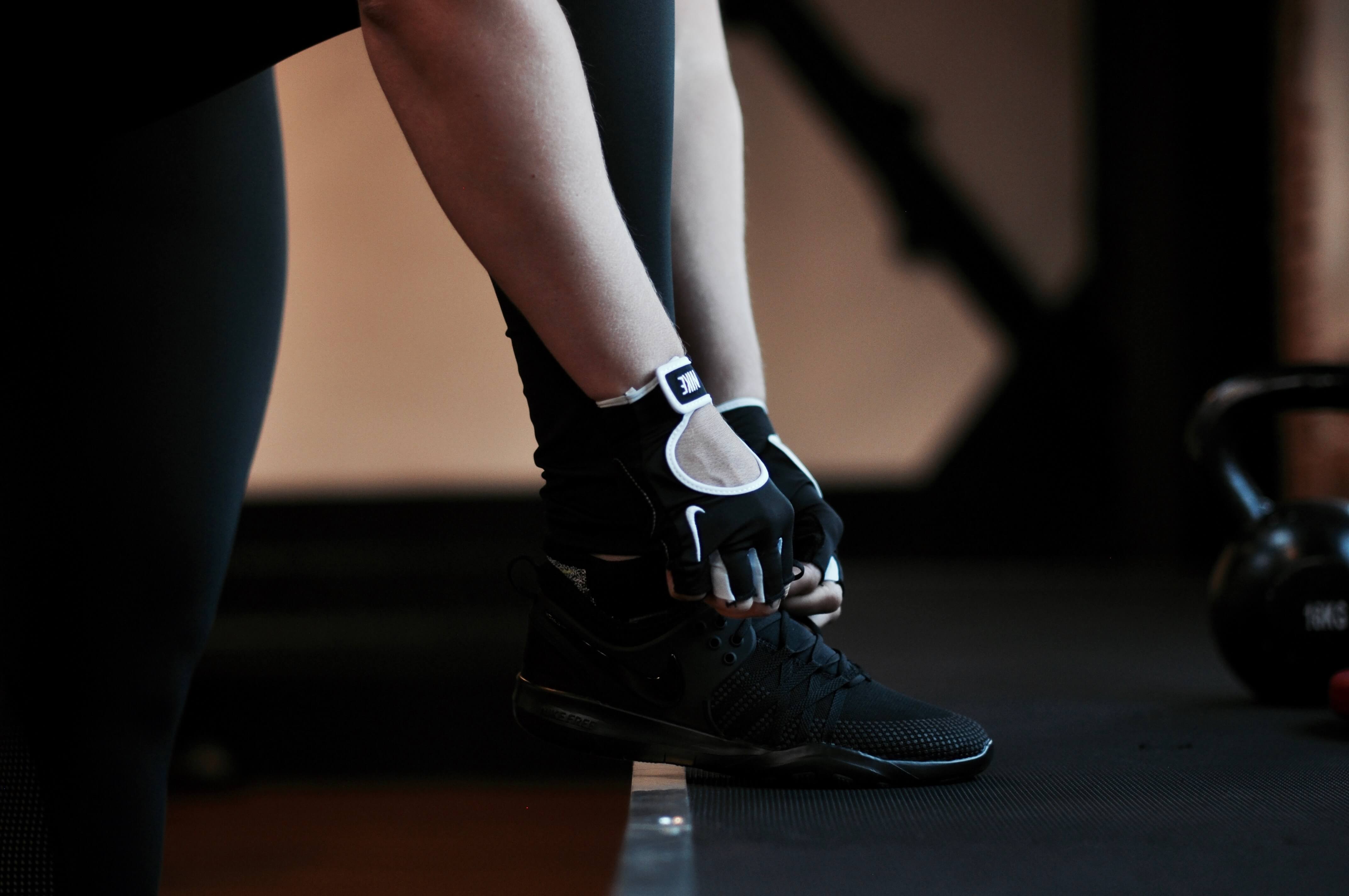 Being looked at on a daily basis, makes me want to look as myself. When I see a current picture of myself – either a blog photo or a family snap shot – I still always get the same feeling I used to have when our school pictures were taken in primary school. That awkward moment of other people looking at you and how you think you look best in pictures. How you show the smile you practiced in front of a mirror a dozen times already, but somehow doesn’t come across the same way when you have to replicate it on front of a bunch of those staring eyes. I’ve never liked having my pictures taken. And yes, I know that sounds incredibly weird coming out of a blogger’s mouth, but it might have something to do with the fact that I know that as soon as a picture is out there, it’s being judged by every single person that will lay his/her eyes on it. Including my worst and most harsh critic: me.

I have to admit that even the harshest critic in the world (yup, me again!) apparently can soften up a little bit. When I look at my old pictures now, I’m not as mean about my own appearance anymore. I can even focus on the things I (kind of..) like about myself and what I looked like. It saddens me a little bit that this isn’t always happening with my current pictures. Will I have to wait for years to be able to see my current pictures as beautiful too? I’m more and more starting to believe I won’t.

I think it all boils down to the fact that lately I’ve been redefining what beauty actually means to me, simply because I don’t want to waste more time of my life bitching on how I look. Or worse: focusing on how I don’t look. I’ve never even met a person whom I thought bad things about like I used to think bad things about myself. I started to realise that it’s something I did on a daily basis without even realising it at that point. So I made myself realise it. And made myself realise it again. I’m not saying I’m am where I want to be right now, but somehow I’m in a much better place. The secret? Training. Not for the sake of losing weight. Not for the sake of looking like a pro athlete. Not because I hate my body.. but because I love it more than I used to. It can be scary to find out I’ve been wrong about something, but I can’t be afraid to change my mind, to accept that sometimes things are different than I thought. And that they’ll never be the same, for better or for worse. I had to be willing to give up what I used to believe to find myself exactly where I belong.

As you all know by now, I started training about a year ago. I’ve always been the sporty type, but I wanted to rekindle that fire for sports in a different way. As Nike’s training campaign suggests: Stop Exercising, Start Training. I wanted to see what my body was capable of if I were to set my mind to it. And boy, did I learn a lot about myself: I am a strong woman and pretty damn proud of it.

I came to understand that the look of my body doesn’t necessarily have to be an outcome of my physical efforts, neither should it be an antithesis of the skinny body ideal we’ve grown to become so familiar with. My body is just mine. It’s who I am, but it doesn’t only define who I am. It’s capable of so much more than I ever would have dreamed of. It was probably there all along, but I had to say goodbye to the old me in order to reconnect with what had become the new me. And who I want to be. Getting ready for another week of trainings as we speak. I’m ready. This blog post was written in collaboration with Nike Training, but needless to say: all opinions and experiences are my own. Oh and that good looking trainer? That’s Claudio. As soon as I got the chance to duo-shoot this collab for Nike I knew I wanted to shoot this piece of content with one of the few people that were able to convince me I could actually do things like this. That I’m always stronger and capable of more than I expected. So thank, Clau! You rock!

I’ll just cut the crap: yes, that’s me with unicorn pink hair. Powered by L’Oreal Paris Colorista, rocked by my dearest friend Xaviera and me to kick off festival season in style at Amsterdam Open Air. I think we were al aware of the fact […] 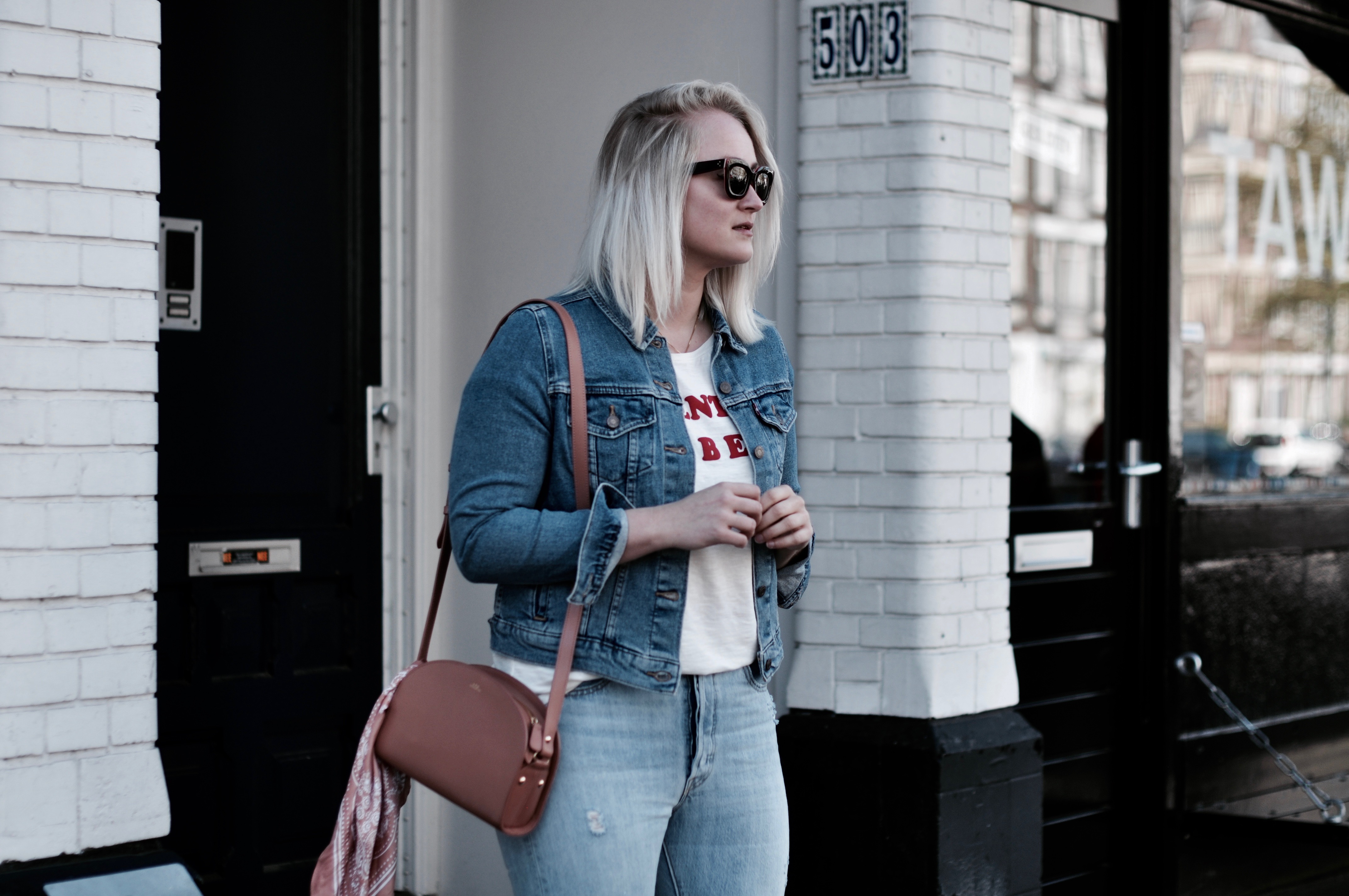 A TASTE OF DOUBLE DENIM

It’s a funny thing: taste. Taste in food. Taste in interior. In people. In art. In friends. But also: in style. If you would have told me a year ago that I’d be wearing a light blue double denim ensemble, without any black (those shades […] 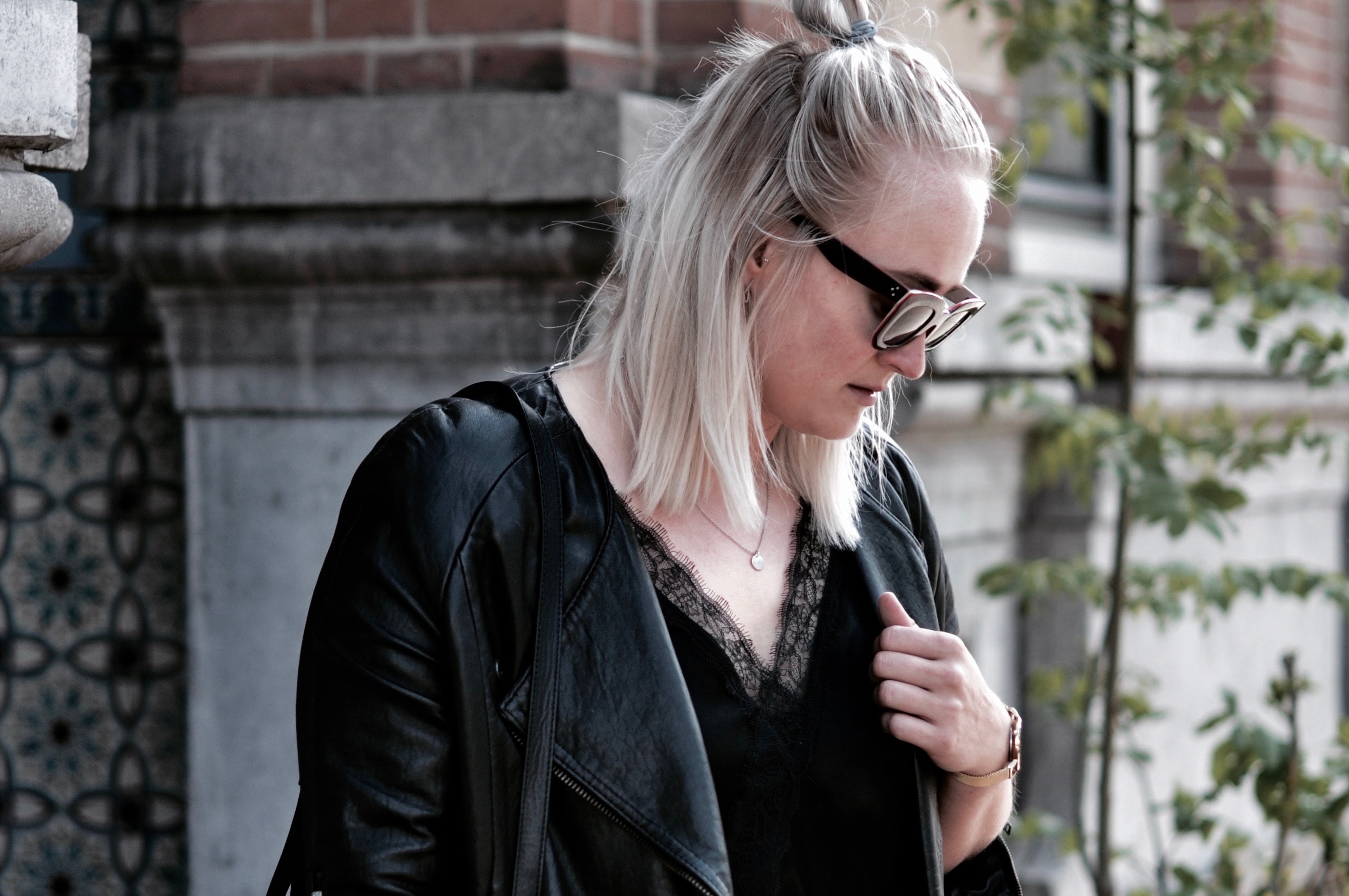 Moving slowly into Summer, I always get the feeling that I have nothing to wear. Which – as we all know – is not really true. Even though I got rid of at least 75% of my wardrobe (not kidding! Will tell more about that later on), I still have more than enough to wear. It’s just that I can’t wait to dive into Summer mode, get dressed in nothing more than thin, flowy fabrics and loos fitting tops all the time and the best of all: not having to think about what kind a coat I should wear (a warm one or a véry warm one). Ah well, we’ll get there. And before we do, I’ll just combine best of both seasons (I literally live in these jeans) with some newly added items for Summer and persistently wear my new and totally awesome Sunnies to tie in my Fall wardrobe with my Summer attire nicely. Here’s the result.

Nice little story about these sunglasses, because I received some questions about them on my Instagram Stories: I alway shave troubles finding a pair of sunglasses that actually stay on my nose. Apparently, the distance from my nose to my ears is pretty short and I’ve got a pretty small nose in general, so this time I tried an Asian Fit pair of sunglasses. Interesting choice, because – as you can see – I don’t look particularly Asian. But it’s such a great solution! They fit perfectly, don’t fall off and totally match the shape of my face (if I may say so ;)). Great tip for all the other mini-nosed girls out there. I might want to treat myself to another pair as well.. 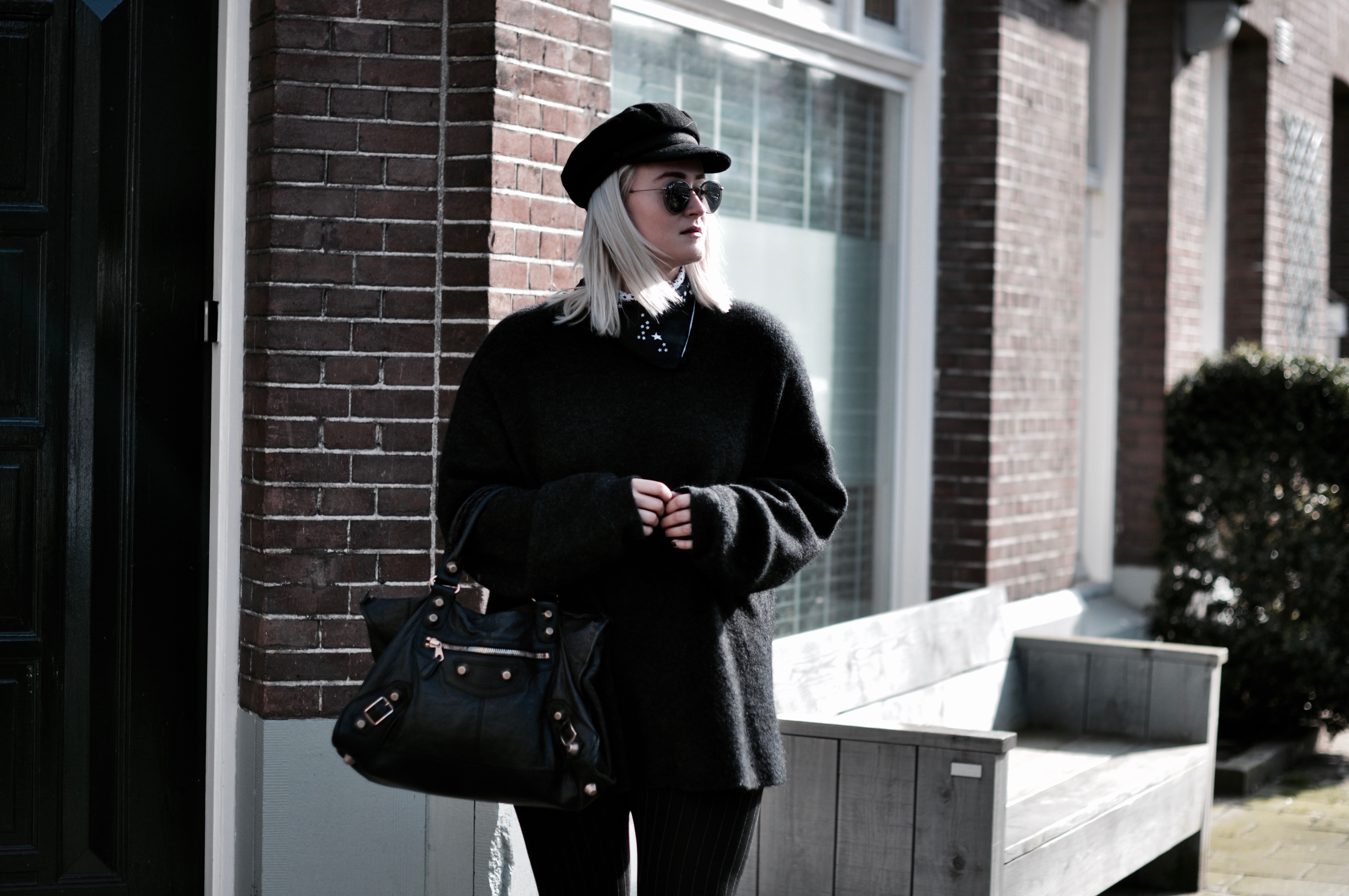 Amsterdam in Spring is just magical. Even though my outfit might not be the Springiest you’ve ever seen in terms of colours (or lack thereof, I’m fully aware of that!), I love the feeling of not having to wear a coat when going outside. This […] 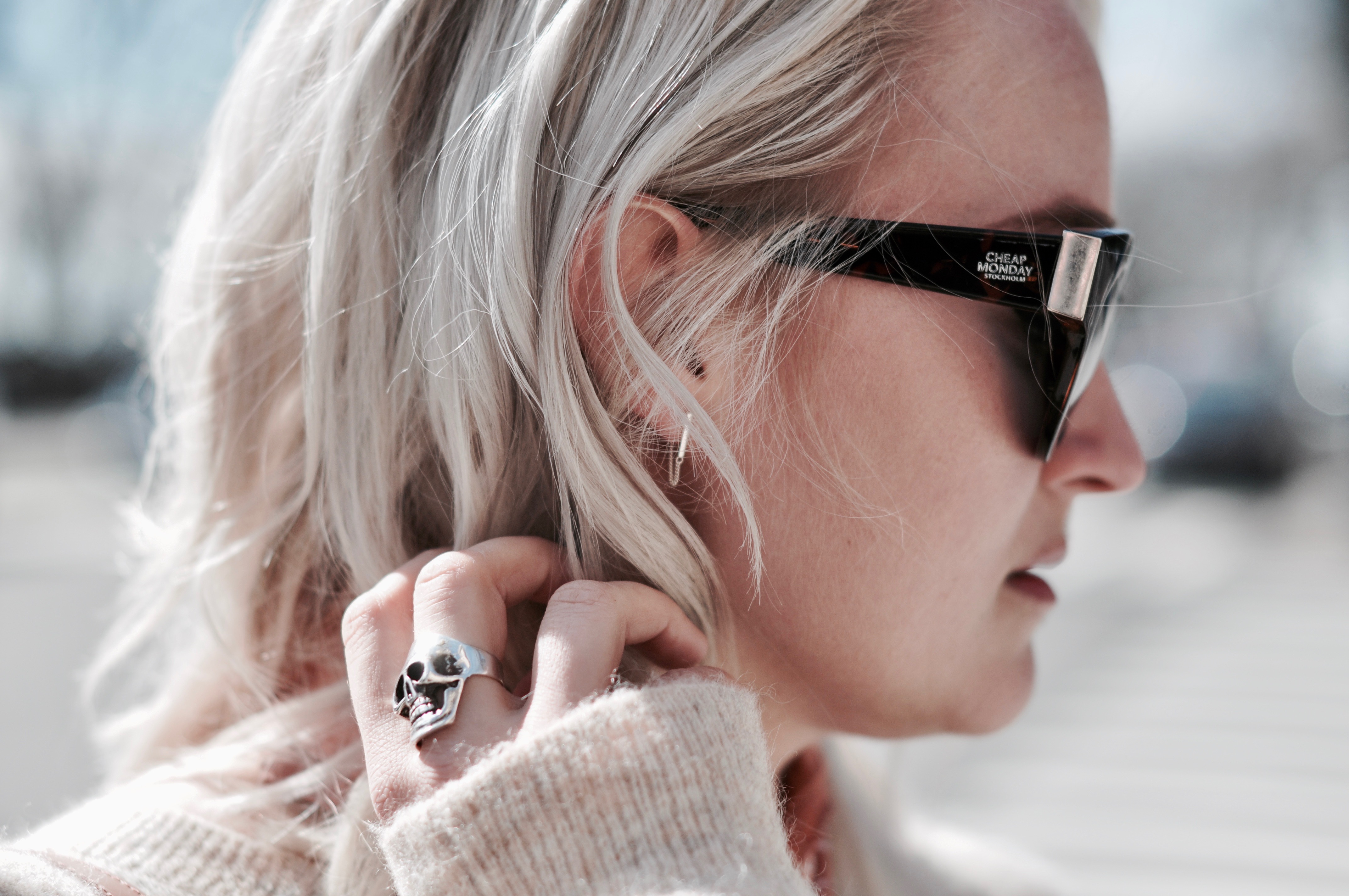 ALL IN THE DETAILS

Looking at these pics makes me want to hop on the next plane to New York and spend some more time in the city that never sleeps. Reality is that work had to be done, our wonderful new house needs to be finalised and not-sleeping […]

Don’t be a stranger:

What are you looking for?